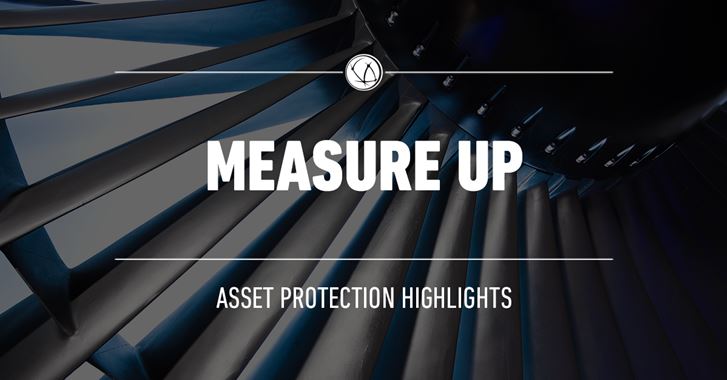 MISTRAS' Stade - Germany branch helped to support 3D metrology series measurements on components in production in the client’s Stade location. This was used for the client’s commercial and military-grade aircraft. Wing shells, fuselage shells, and the vertical tailplane were tested for compliance with geometric specifications.

We were responsible for performing metrology services and geometric evaluation in the form of 3D coordinates and deviations from the target. For the wing shells, we tested four components that had an approximate length of 25 m, on which approximately 8,000 measuring points were defined. These were tolerated within measurements of 0.2 mm to 2 mm. The test reports served to evaluate the component and formed the basis for any necessary rework and adjustments, helping to produce more precisely-manufactured components.

Our data was also utilized as the basis for improvements in the component production process. The milling work within the manufacturing process could be optimized with our data, which helped to produce more precisely-manufactured components. MISTRAS also assisted the client in the reconstruction of worn or damaged manufacturing devices. For this task, our laser scanner and laser tracker services were able to completely three-dimensionally digitize manufacturing devices to produce a CAD model. The actual data from these scans were then compared with the nominal data and derived deviations. The data was used in the form of CAD models for repair and maintenance, which led to the CAD data being used as a database for milling/3D printing of spare parts.

Measurements like these, along with other lab QA/QC services from MISTRAS, enable aerospace assets to meet compliance standards and thrive during their operational lifetimes by helping to confirm and strengthen their durability and quality. To learn more about our solutions for the Aerospace & Defense industry, click here.

Sign Up for the OneSource Newsletter
Recent Posts
MISTRAS Group to Participate in Sidoti Micro-Cap Virtual Conference on August 17-18, 2022